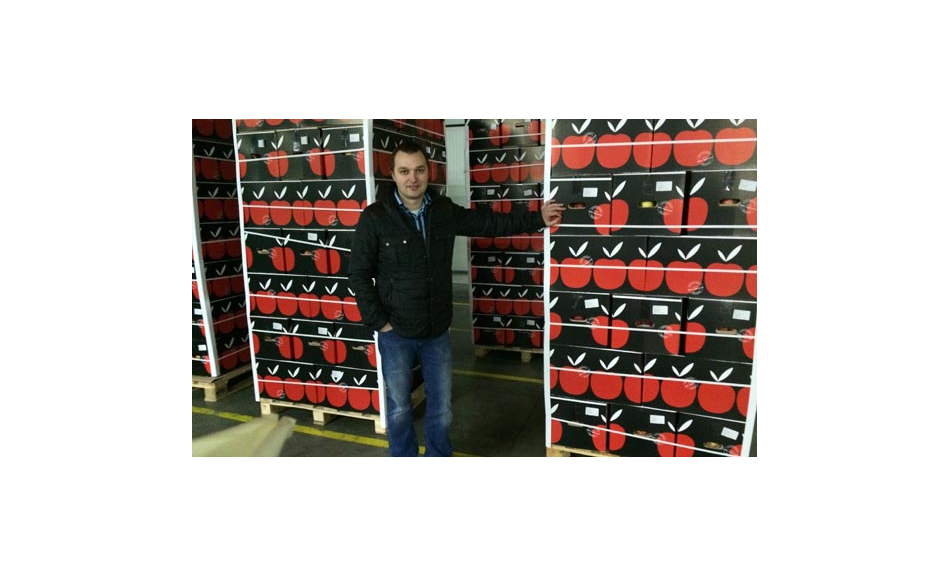 Mr. Jan Nowakowski, Export Manager of the Polish company Genesis Fresh, speaks to Froutonea Magazine and expresses his thoughts about the new apple season in Poland.

We managed to sell successfully most of the fruits for this season. Only small part is still left to fulfill the demand of the domestic and export markets. We are preparing for the new season and challenges of the export.

What are the first estimations about the volume and quality of Polish apples?

This year the volume of Polish apples will be similar compared to the last year production. The weather is favourable so far, with partial hailstorm and strong wind in June and July. Mild temperatures and showers present this season give good conditions for fruit growth. The final quality will be confirmed during September's harvest period.

How has the weather been for the cultivation of apples? Did it affect the blossom of trees?

We did have strong frost during blossom in May not having affected the flowers, though. The upcoming August weather will decide about the apple size this year as last year, due to dry weather, apples were smaller in size. One may already predict, the size of the fruit is going to be medium.

Is it going to be an early or a late season? When is the harvest estimated to begin?

Most probable, it will be slightly early beginning of the season. The first harvest will start at the beginning of September and will last till mid October.

How big  will the volume of apples be and which will be the producer’s prices?

The volume should be this year between 3.2 and 3.5 millon tones of apples. Prices should be slighly higher this year comparing to last year, as we had some hailstorms and the volume of apples will be smaller. The market will verify this information during the season.

We have read in the international press that Poland is about to boost strategic partnership with China. Is this something that the professionals of fresh produce look forward to?

It is commonly known, Polish and Chinese Leads have signed the protocol to open the trade for Polish apples to China. Polish traders consider this partnership an opportunity to establish trading relationships with chinese importers. Meetings and controls of the orchards had been already accomplished in order to ensure the new market specifications are met. Needless to say, the process of entering Chinese market is complex and demanding, but we may say, Polish cultivators are on a good way to export apples to this new destination.